Book Review: The Other Shakespeare by Lea Rachel 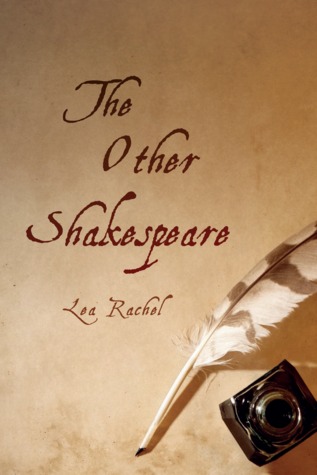 What if Shakespeare had been born a woman? What would have happened to her? And, what would she have accomplished?

Virginia Woolf first posed these questions in her acclaimed novel A Room of One’s Own…and now maverick author Lea Rachel steps up to tell the rest of the story.

The Other Shakespeare carries readers back to the sixteenth century to follow Judith Shakespeare, the older sister of William, as she tries to make a name for herself in a male-dominated society that consistently denies women their independence. Born with as much talent, creativity, and drive as her younger brother, she is stifled by the world around her and ultimately resorts to extreme measures to get accepted and have her talent recognized.

Judith’s story is rich with history, conflict, and drama and is sure to appeal to fans of Virginia Woolf, William Shakespeare, and character-driven fiction.

Okay, now I'm sad. There may be spoilers in this review. I'm just warning you, I can't help it. I was given this book by the author's agent to review and I just finished it. I liked it very much and I am glad I got the opportunity to read it. It held my interest and was well-written. After the final page, the author challenges the reader to find the Shakespeare quotes she embedded in every chapter. Unfortunately, I am not familiar enough with most of Shakespeare's writings to do that, although I did catch a reference or two. That certainly would be fun for Shakespeare fans. I immediately caught the Virginia Woolf references however, especially the final one. That could be a spoiler, but only if you know anything about Virginia Woolf. As I said previously, the story was well-written. Situations were believable for the time period, except I doubt a woman would be welcomed so frequently by a troupe of male actors at their pub without them thinking the worst of her. It was sad that she couldn't get any recognition for her writing talent. I kept trying to figure out in my mind how the world discovered Judith's "Romeo and Juliet" and attached William's name to it. Did she tell Robert Greene her brother wrote it just to have it accepted and then did Judith collect the royalties in her brother's name? It could have worked. There were several pages when I tried to tell her to do that, but alas, she didn't listen. Such a sad ending and stupid James Burbage just watched. I expected more from him. The author definitely engaged me in the story which is why, as I said, I'm sad now.

I'm giving this book 4 notes as well - another Concerto: I really liked it and you should go out and find it on Amazon here or on Barnes & Noble here.

Posted by AlleluiaLu at 8:32 AM This was made by my daughter!

A to Z Challenge - Books

A to Z Challenge - Authors

Oldie But A Goodie

What's In A Name Challenge 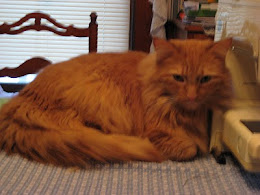 This is our kitty.

AlleluiaLu
I play piano at my Church, have a great husband and 3 wonderful children. I have always loved to read. I have a stack of books TBR beside my chair. I also like to be on my computer which sometimes keeps me from my books.I would love to read and review your book. I have very eclectic taste and read a variety of genres. I do NOT enjoy reading horror or books with graphic violence and a lot of sex. I will give you an honest review and post it on Goodreads, Facebook, Twitter, Amazon and Barnes & Noble. Have a great day!